HILDA THE AQUA CHICK  Hippopotamus Hilda longs to join the graceful elegant Aqua Chicks synchronized swim team. With practice and determination, Hilda makes the squad but is rejected by the flock. When the team is invaded by an unwanted guest, Hilda uses her bulk and bravery to banish the intruder and learns that sometimes you have to sink before you swim.
Theme: Self acceptance.  Pre-published. 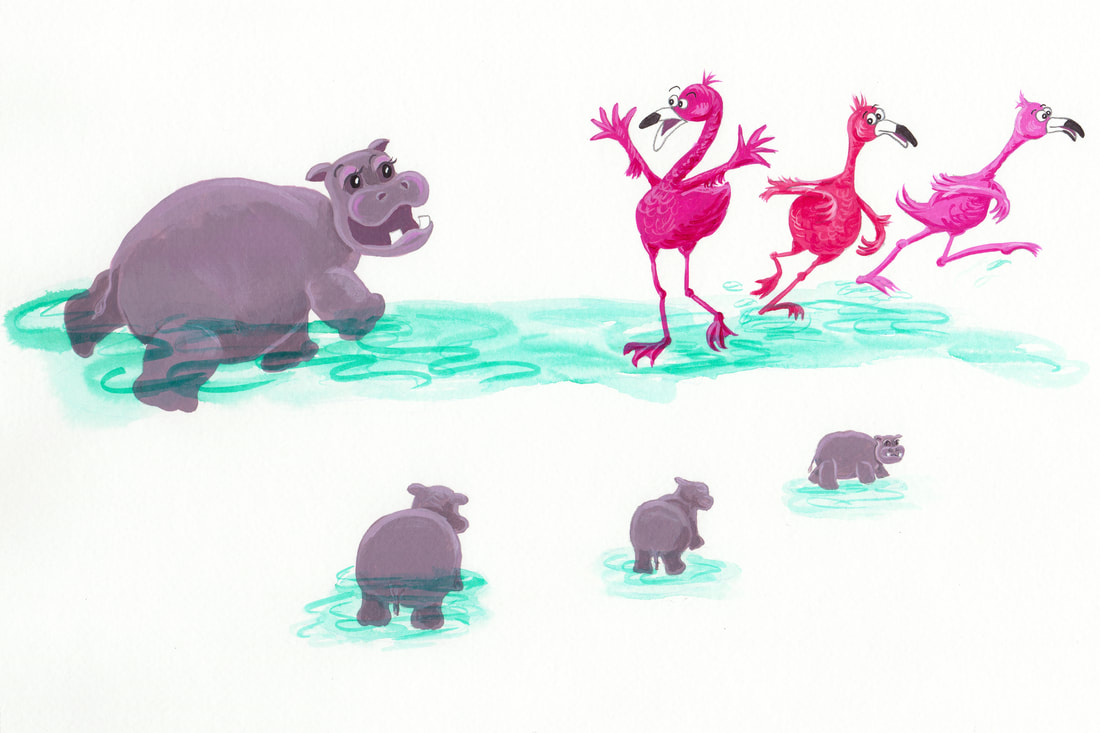 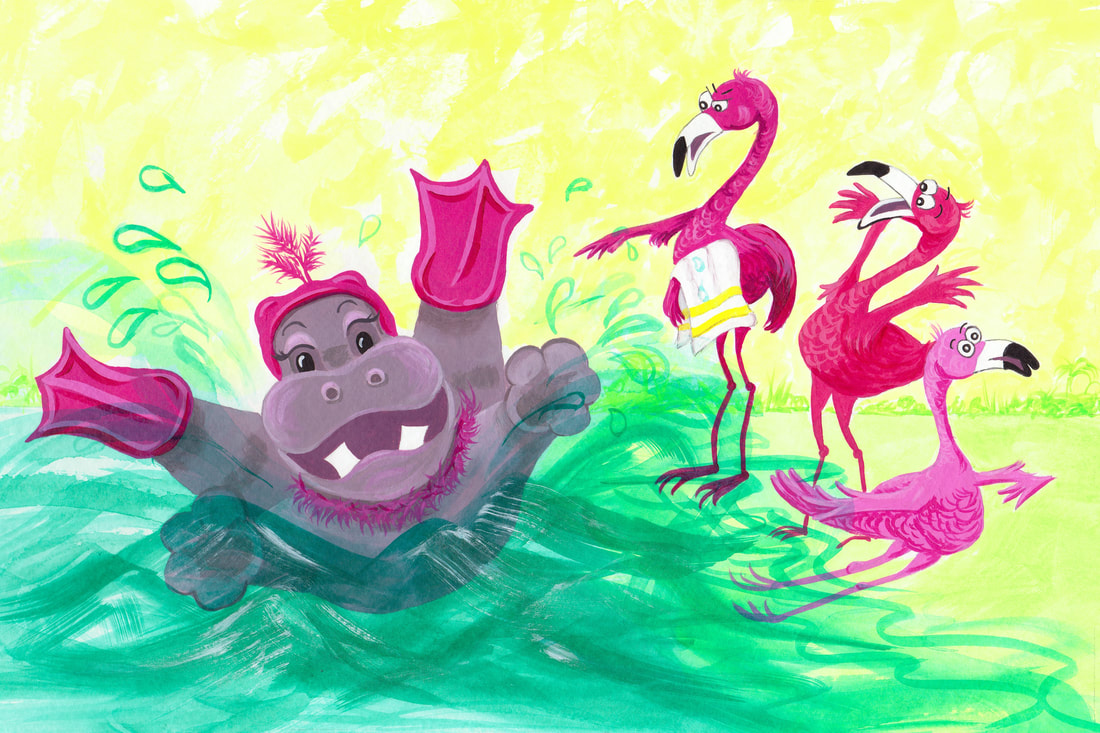 “Good morning gang!” PU-WISHHH!
“You got my towel wet.”
“Watch out for hefty hippo!”
​                                “Tidal wave!”
HEY THERE PINK BIRD, WHO DO YOU SEE?  Pink Bird is on the hunt for friends but is ignored when the other animals flutter, zip and slither without a word, a snap or a hiss. But when a chance meeting with a lurking Alligator stops Pink Bird in his tracks, something unexpected happens. Theme: Friendship. Concept: directional words. Back matter: Everglades animals.  Pre-published.
JUMPING LA LUNA Curious calf Emilio, is determined to jump over the moon, but his hooves hardly hover. No matter how many stumbles, bumps and lumps, he will not declare defeat. He elicits help from his amigos, and discovers delicioso secret for an udderly amazing experience. Theme: Perseverance. Back matter: common Spanish words and definition.
​Pre-published. 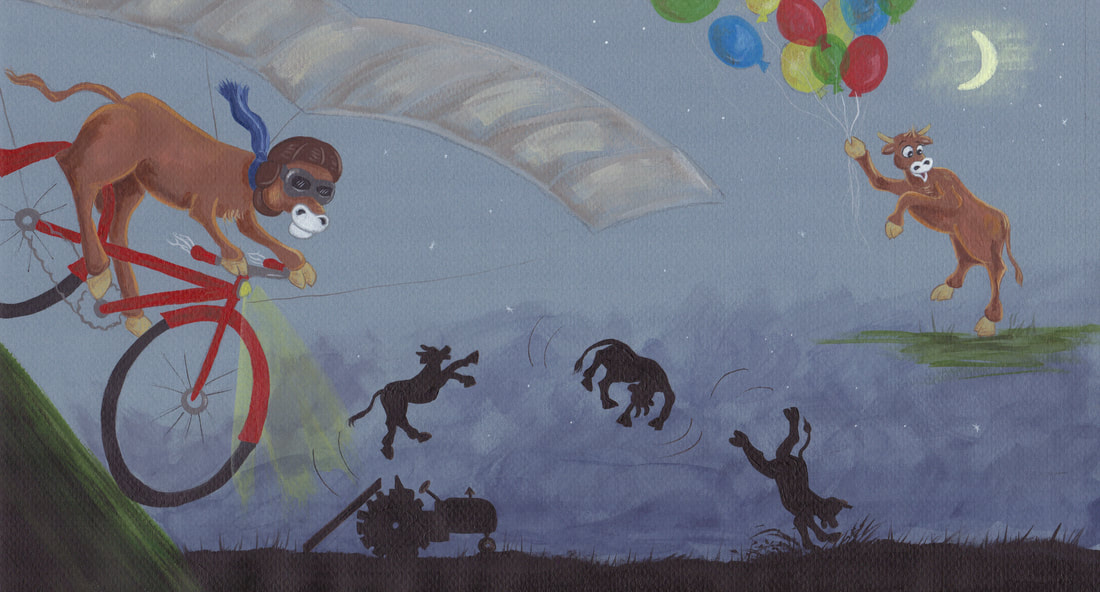 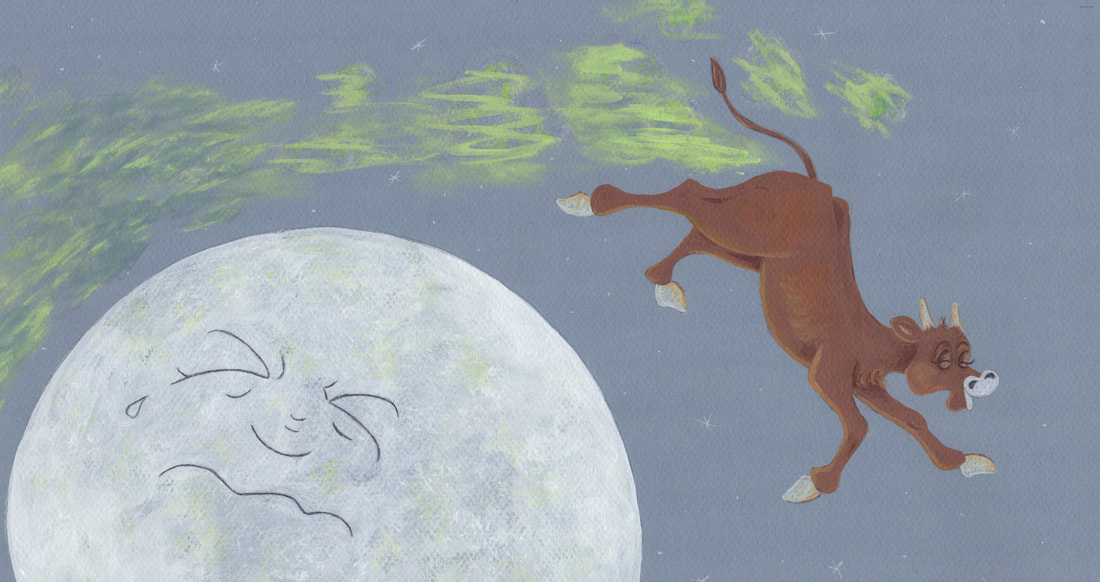 TANK SWIMS! Tank wants more than anything to jump in the pool with his friends, but he is afraid of the water. With encouragement from swimmer Cruiser, fear turns to fun as Tank realizes he has to just take the plunge and let it flow. Theme: Bravery.  Concept: swimming lesson. Back matter: water safety tips for parents. Pre-published. 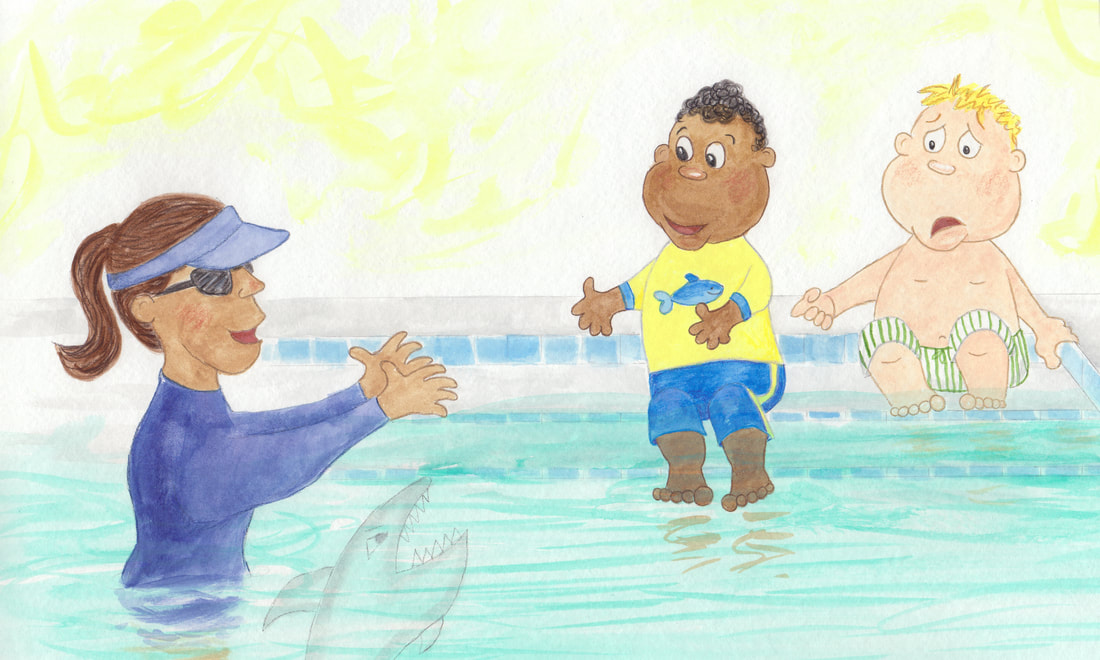 TWENTY TURKEYS CAME FOR THANKSGIVING  It's Thanksgiving and newly proclaimed vegetarian Tonya, rushes to hide twenty turkeys right before her parents return from a turkey hunt empty handed. If they catch one glimpse of those turkeys, they'll be a feathered feast. Add and subtract frantic turkeys as they leap into hysterical hiding spots. Theme: Standing up for your beliefs & helping those in need.  Concept: Subtraction skills. Pre-published. 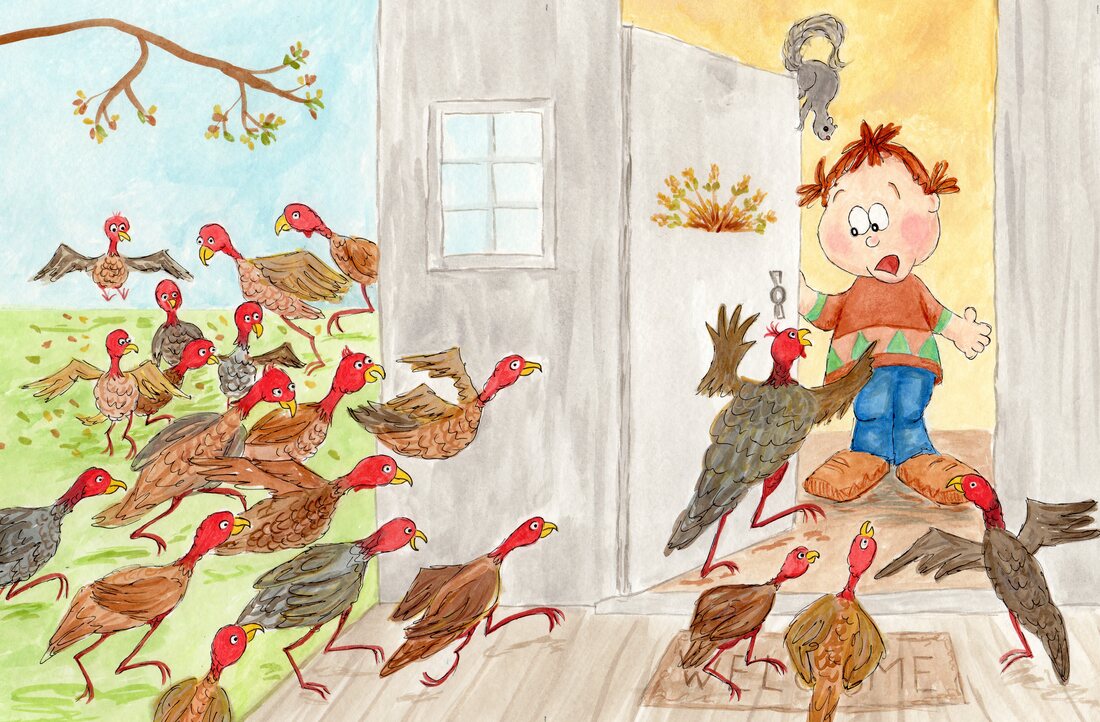